skip to main | skip to sidebar

The Blessings of the Unexpected Joy

It's with utter astonishment that on the heels of readergirlz picking up the National Book Award for Innovations in Reading, my editor emailed me twice...

Once, to let me know that NORTH OF BEAUTIFUL was named to the 2010 Texas Lone Star Reading List.

And then again, to tell me that Kirkus named it one of the Best Books of 2009. I encourage everyone who loves a good read to check out the list for fabulous titles, including Malinda Lo's ASH, Laurie Halse Anderson's WINTERGIRLS, Tanita Davis's MARE'S WAR, Kathleen Duey's SACRED SCARS, David Gill's SOUL ENCHILADA, KL Going's KING OF THE SCREW UPS, and Sara Zarr's ONCE WAS LOST.

Thank you ALL for your support.
xoxoJustina
Posted by Justina Chen at 4:11 AM

Congratulations! That is so exciting!!!

Justina Chen
Hello! I'm a YA novelist and co-founder of readergirlz, the recipient of the National Book Award for Innovations in Reading. My latest novel is NORTH OF BEAUTIFUL, which Kirkus named one of the Best Books of 2009 and is on the 2010 Texas Lone Star Reading List.

Thank You for Following! 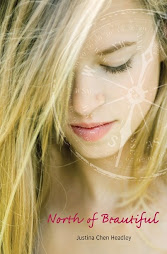 Find out about me, my books, and my tour schedule on my website. Be my friend on Facebook and Twitter. Buy the books at your local bookstore or online. Talk books with me at readergirlz, the foremost online book community for teen girls.

I Love Your Blog 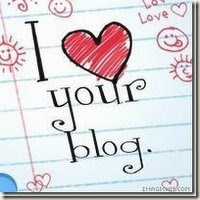 Thanks to the Blue Rose Girls and Mrs. F-B's Book Blog for nominating Wordlings for this award!